Technology
On Mar 6, 2021
Share
Volocopter, the pioneer of urban air mobility (UAM), announced the signing of their Series D funding round, raising €200 million in additional capital. Cumulatively, Volocopter has raised €322 million. The funding will be used to solidify Volocopter’s leading position in the UAM market by bringing the VoloCity, the battery-powered air taxi for cities, to certification and by accelerating the launch of its first commercial routes. 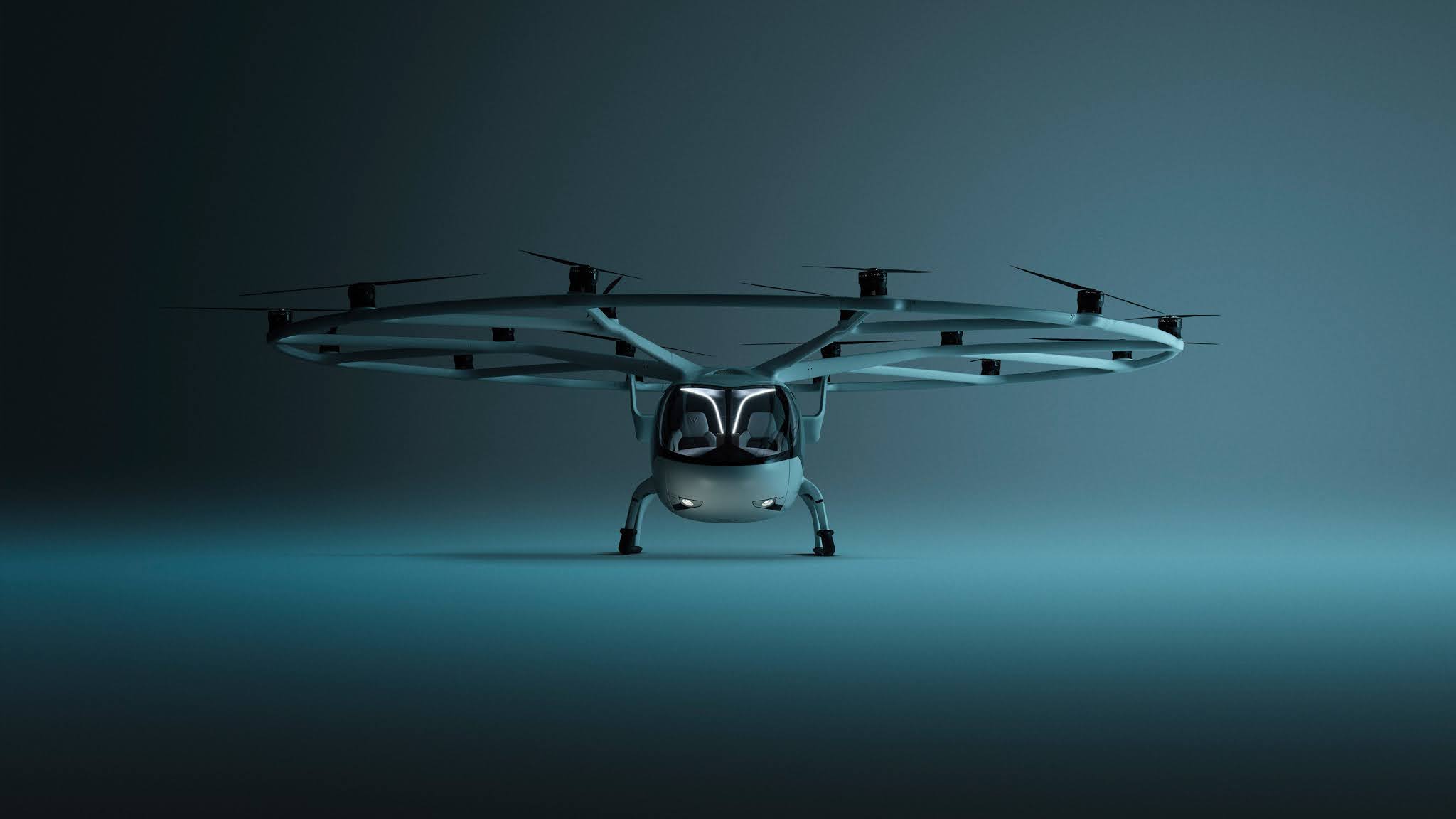 VoloCity electric air taxi by Volocopter
Volocopter is in the final stages of providing new, sustainable mobility options for cities around the world. Their future services range from electric autonomous air taxis flying passengers directly and safely to their destinations to transporting goods with the company’s VoloDrone.
Having ten years of development experience, Volocopter is a leader in the urban air mobility space.

As the first and only electric vertical take-off and landing (eVTOL) company to receive Design Organisation Approval (DOA) by the European Union Aviation Safety Agency (EASA), Volocopter expects its first commercial air taxi routes to be opened within the next two years.  VoloCity is the fifth generation of Volocopter aircraft and has a strong path to being the first certified electric air taxi for cities. Volocopter already has the extensive partnerships necessary to set up the UAM ecosystem for launching both the company and the industry into commercial operations.
New investors in Volocopter include funds managed by BlackRock, global infrastructure company Atlantia S.p.A., Avala Capital, mobility technology giant Continental AG, global technology focused investment fund Jericho Capital, global technology and business solutions provider NTT via its venture capital arm, Tokyo Century, a leading Japanese leasing company, leading family offices, and others. All existing investors, including Geely, Daimler, DB Schenker, Intel Capital, btov Partners, Team Europe, and Klocke Holding amongst others also joined the round.
Volocopter has performed several milestone flights in Helsinki, Stuttgart, Dubai, and over Singapore’s Marina Bay in recent years. While the first routes are yet to be announced, the company has committed to establishing air taxi services in Singapore and Paris with plans to expand many more routes in the US, Asia, and Europe.
Share FacebookTwitterGoogle+ReddItWhatsAppPinterestEmail

In the relaunch of Air India, Airbus to win…

RateGain enters into an agreement to acquire…

A Cross-Generational Upgrade for Hisense,…

Elevatus Ranks Highest Amongst The Biggest…

BMW i Vision Dee – a car that changes…

The Network of Giving to be Unveiled During…

PowerChina is helping the remake of…

$1 billion to be invested in GCC real estate…

Global warming will not stop half of the…

Moon and Earth photos sent back by the South…